Soccer Clubs have four sources of income: Source of money out of ticketing and merchandizing are so called fans, admiring viewers of the games. TV money depends in its amount on the ranking in the league, the years in the league and – if qualified -international tournaments. Sponsorship, in turn, depends on the visibility of the means of communication (e.g., logos) and thus the visibility of the games and the degree of interest of the media.

The amount of media money can not be influenced by an agency; they are dependent on the league positions (over several years).

Ticketing is also largely dependent on the strength of the club (and, of course, on the opponents). By improving the image around the club, e.g. In the stadium, however, ticketing can be positively influenced within limits.

The leverage for a brand agency lies in sponsoring: the more valuable the image transfer for a sponsoring partner is, the higher the revenue from this area. 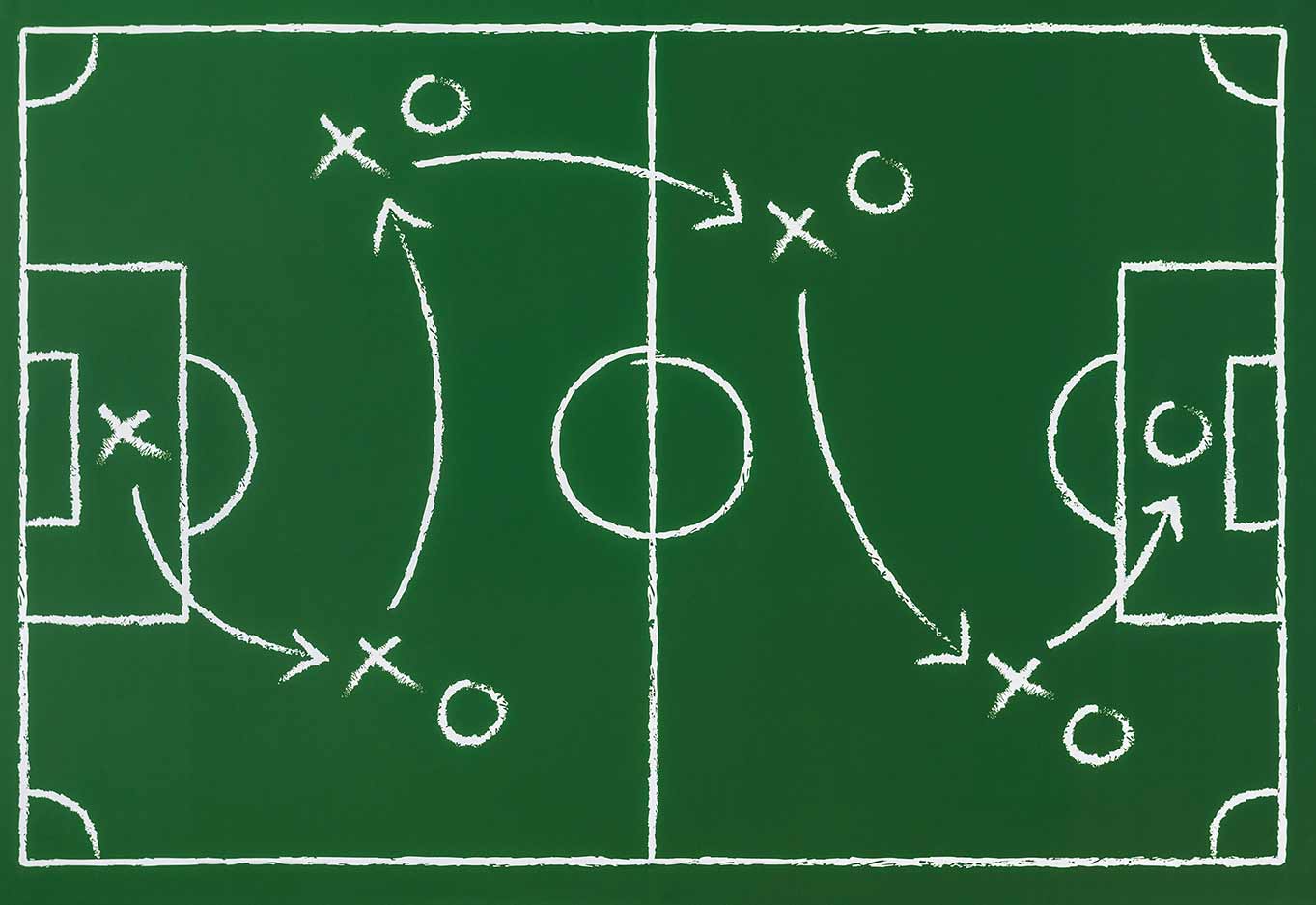 In order to increase revenues permanently, the leverage achievable for the brand agency is to increase the attractiveness for sponsors and then subsequently higher endowed sponsorship contracts.

The image of the club is not ideal; old corruption allegations are still in the minds of some sponsors, the economic situation is never ideal (= uncertainty regarding the sustainability of a sponsorship engagement) and also the reputation of the elevator team is not for maximum stability.

In view of these background associations, what could be a common, positive brand core?

At Arminia Bielefeld, the brand agency was faced with the task of linking the existing associations with the most positive possible association of potential sponsors in order to define a core of the brand.

The existing values ​​on the side of the fans (“stubborn”, “passionate”, “combative”) are not desirable for supra-regional sponsors image properties. They do, however, contain aspects of dynamics. Dynamic features are also appreciated by sponsors.

In coordination with the decision-making levels of the club, we develop the defining value of “movement” on this basis.

"Movement" as core of the brand

How can “movement” be experienced in corporate identity and corporate design? How can the “new” image become so visible that it becomes a valuable asset for a sponsorship engagement?

The positioning of the club is to be found in the brand values.

We clearly define these values ​​and make them tangible on the basis of practical statements (“Arminia is …” and “Arminia is not …”) for all club members, employees and brand ambassadors.

The logo used so far shows pragmatic weaknesses; depending on the color of the background, parts of the logo are not visible. The new positioning “movement” does not happen in this version (of course).

Pragmatically optimized: The logo transforms from the extreme landscape format into a square. So it is better usable in all channels.

“Bielefeld” will be reduced in size to become more interesting for non-regional sponsors.

The “movement” comes in through the “jumping” i-points.

A uniqueness is given by its specially designed typography.

The jumping dots on the logo logo become an integral part of the brand design. As a consistent element, they translate the brand content “movement” into tangible visuality.

In order to make it recognizable at first glance “This is the club speaking”, we are developing an own, italic font, which in turn fixes the brand essence “movement” in all communication channels.

Of course the jumping points are also integrated in moving media.

The trailer-master is opener for all messages of the club and used in the stadium and website-tv.

International Advertising Adaption Sometimes we just adapt. For the international...

Food: Branding and Package Design Since its inception, the agency...

Integration of a bank brand The goal For the Volksbank...

Websites for law firms and medical offices The days when...

Private Label: optimized If a private label looks like a...

Website-Developments: IT-Consultants The brand agency is developing a website relaunch...

Employer Branding: Video Apsolut is a consulting firm for SAP....

Any cookies that may not be particularly necessary for the website to function and is used specifically to collect user personal data via analytics, ads, other embedded contents are termed as non-necessary cookies. It is mandatory to procure user consent prior to running these cookies on your website.